Youphoria, a Series of Online Classes for Youth Democratic Resilience in Indonesia 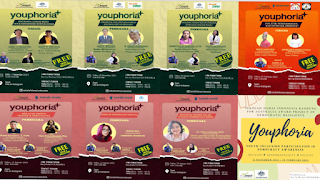 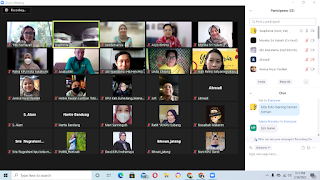 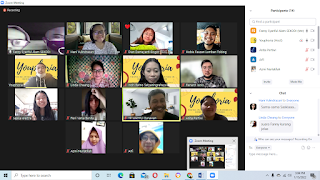 When talking about democracy, usually people think of general elections to vote legislative or even their president and his/her vice. Democracy is always associated with elections and their processes since they are more visible and routinely conducted, involving even up to million people to work on them.
As known previously, democracy originates from two Greek words, those are demos and kratos. Both mean 'people' and 'government. In another word, democracy is defined as a government by the people. In addition, democracy shows the complete engagement from people to people in the purpose to create a fair and justice government. Due to their full participation, people expect they could share their insights or criticisms towards their governments in order to encourage them to conduct better governance addressing people's wealth and better life. This system enables them to monitor the running government carefully as well to prevent fraudulent events and any other deviations against their good governance.
In a wider sense, democracy refers to the elaboration of people's voices in expressing what comes to their minds about everyday phenomena. Particularly, when seeing youth as a bridge to shape their maturity in their life. Most of them are known with sufficient education levels and knowledge despite their lack of capability to voice themselves and their needs. Youth are renowned for their spirit and bravery to voice marginalized groups, so they act on the front guards to represent them. We cannot ignore their participation in various movements to accomplish peace and justice as well as equality. It is a process to enhance as well as amplify democracy as well.
To embrace the youth with democratic resilience in addition to understanding the marginalized groups of religions, gender and sexual orientations, politics, and others, our community ran a series of online classes, namely Youphoria, from December 2021 to 19 February, 2022. This program was conducted as a part of project awards for Australia Awards for Indonesia 2020 Short Term Award with the theme "Democratic Resillience: Youth Participation in Indonesia". In the post-course of the award, this program was awarded "Outstanding Community Education Initiative".
Surely, our work will not stop here. Moreover, it will continue to outreach more youth with their concern to improve their democratic capacity for a better circumstance in this country.
By Fanny Syariful Alam
Regional Coordinator of Bandung School of Peace Indonesia (SEKODI Bandung)
An Awardee of Australia Awards for Indonesia 2020 Short Term Awards of Democratic Resilience : Youth Participation in Indonesia
di Juni 21, 2022